What privatisation of ISRO means for India.

History of ISRO and What privatisation of ISRO means for India.

The Indian Space Research Organisation (ISRO) is the space agency of India and has its headquarters in the city of Bengaluru. ISRO aims to harness space technology for the country’s development in the process of pursuing space science research & planetary exploration. The Indian National Committee for Space Research (INCOSPAR) was established in 1962 by Jawaharlal Nehru for the Department of Atomic Energy (DAE), with the appeal of scientist Vikram Sarabhai for recognizing the need in space research.

INCOSPAR was then grown with time and later in 1969, it became ISRO, also under the DAE. The Government of India set up a Space Commission and the Department of Space (DOS) in 1972 and also brought ISRO under the Department Of Space. ISRO’s establishment in India also promoted institutionalized space research activities in India and it is managed by DOS and they directly report to the Prime Minister of India.

India’s first satellite Aryabhata was built by ISRO and on 19 April 1975, it was launched by the Soviet Union under the name of mathematician Aryabhata. Rohini became the first satellite of India which was placed in orbit in 1980 by an Indian-made launch vehicle, SLV-3. ISRO also developed two other rockets: the Polar Satellite Launch Vehicle (PSLV) to launch satellites into polar orbits and the Geosynchronous Satellite Launch Vehicle (GSLV) for placing these satellites into geostationary orbits.

These rockets are launched for numerous communications satellites and Earth observation satellites. ISRO also has Satellite navigation systems including GAGAN and IRNSS, which were deployed. In January 2014, ISRO launched the GSAT-14 by using an indigenous cryogenic engine CE-7.5 in a GSLV-D5.

ISRO on 22 October 2008 sent a lunar orbiter, which discovered lunar water in the form of ice and on 5 November 2013, under the Mars Orbiter Mission, it entered the Mars orbit and made India the first nation to succeed on its maiden attempt to Mars. it was also the first space agency in Asia to reach Mars orbit. On 15 February 2017, ISRO launched 104 satellites in a single rocket (PSLV-C37) and made a world record. On 18 June 2016, ISRO launched 20 satellites in a single-vehicle.

ISRO also launched its one of the heaviest rockets named Geosynchronous Satellite Launch Vehicle-Mark III (GSLV-Mk III) on 5 June 2017 and also placed a communications satellite GSAT-19 in orbit. With this new launch, ISRO became one of the capable ones for launching 4-ton heavy satellites into GTO. ISRO launched its second lunar mission Chandrayaan-2 on 22 July 2019, to study lunar geology and the distribution of lunar water.

ISRO is under the management of the Department of Space (DoS) of the Government of India. The authority of the Space Commission and the following agencies and institutes who manage ISRO and DOS are:

Currently, Space is vast and intriguing and every country has taken part in this field because it will lead to a better future for every country. However, it costs too much money in this sector but for the growth and development of the nation in every field, it is required to invest in this sector. The earth was always a sphere which was hanging in space since the lives started on earth or before that. Earlier, it was not known so people were not having this much knowledge regarding this field until such scientists conducted experiments and built telescopes and this led to the investment in this sector for the growth and development of the nation.

Space exploration is very expensive as it costs money. Nasa is a thriving behemoth because it has robust engagement with some of the private sector. Last year, Nasa opened its part of the International Space Station for commercial players including private astronauts for the bright future of these people and to encourage more people to come forward in this sector.

Recently, Finance minister Nirmala Sitharaman announced a set of structural reforms for various sectors. She announced giving the private sector a role in India’s space programs, including in satellite, launches, and space-based services. The decision was to boost private participation in space activities.

The government will provide a better playing field for private companies in the satellite launches and space-based services. FM Nirmala Sitaraman said that it will bring a profit of Rs 1000 crore per year. Also, they will provide a regulatory environment and predictable policy for private players, said FM while announcing the fourth tranche of the economic package.

To improve the capacities of the private sector they will be allowed to use ISRO facilities. FM also announced that there will be six more airports to put up for auction on PPP ( public-private partnership). Along with that, an additional investment of Rs 13,000 crore will be made by private players in 12 airports auctioned in the first and second rounds. The finance minister also disclosed that future projects for planetary exploration and others would be opened for private entities.

Also, she added that ” liberal geospatial data policy for providing remote- sensing data to tech entrepreneurs.” There is a lot of geospatial data available in India. Currently, startups and private companies have to go abroad, but that will now change. This is a sensitive area and will follow strict guidelines, but will make information available to startups and private firms”, the finance minister said.

These reforms will bring a major change in the space sector that will be beneficial for private sectors and encourage more private players to join the space-based services.

The Indian private sector will be the co-traveller in India’s space sector journey and they will provide a predictable policy and regulatory environment for private players, said Ms Sitharaman. It is considered as a new opportunity for private players to boost private participation in space activities.

FM Sitharaman announced that this project will help in the future and it will allow the use of ISRO facilities and other space travel for the private sectors.

Responding to the government announcement ISRO also responded by saying that “ department of space will follow government guidelines and enable private players to carry out space activities in the country”. It is considered beneficial for India in the long term.

Currently, ISRO has undertaken two to three major satellite launches in a year. The Pillai committee is also recommending some great roles for the private sector for using Isro facilities for satellite launch taking the number of annual launches to 15. More engagement from the private sector means more money for Isro to do its basic work of space research and exploration. 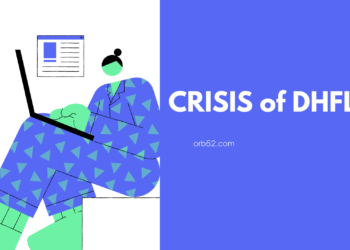