Non Fungible Tokens referred to as NFTs are the new age form of owning high-value art and other digital forms such as music etc. These are a new kind of collectables where high rich individuals can spend their money to own unique digital forms and also a method to create a fortune for digital creators.

NFT is a digital token and it simple stands that it is unique and can’t be replaced. Each NFT token is unique and it also contains the metadata including the owner’s information. Unique in the sense that you cannot find the same thing in the blockchain and it also represents the authenticity of the digital work. For example, consider the currency you are holding, you can exchange 1$ for another 1$. But in the case of NFT consist of digital art, the art is unique and authentic that you cannot exchange for another same art. To be more specific, you cannot find another same art, and even another exists, the one on the blockchain is authentic.

Most of the NFTs are build on the Ethereum Blockchain. Ethereum is a cryptocurrency, like bitcoin or dogecoin, but its blockchain also supports these NFTs, which store extra information that makes them work differently from, say, an ETH coin. It is worth noting that other blockchains can implement their own versions of NFTs.

These NFTs are believed to be a high potential in changing the world of Art and probably most of the Art will be in the form of NFTs with each holding the authentic art forms and the details about the owners of such art. And also the digital form of these makes it easy to be brought and sold. And simplifies the way in which art is brought, owned and sold.

NFT can hold not only digital art but anything digital. Such as Drawings, Music, Unique digital forms such as the first tweet of the founder of Twitter and many others, you get the idea.

If you are observed the news, you might have heard that the first tweet of Jack Dorsey, the founder of Twitter and Square was sold as an NFT for about $2.9 Million. Now the NFT token of this tweet consists of the metadata such as the owner of the token. The tweet now has value and can be sold to another owner. Now this NFT token is unique as there exists only one First tweet by the founder.

Other popular transactions as NFT are $390,000 for a 50-second video by Grimes and also the transaction of about $6.6 million for a video by Beeple

In the case of digital art, you can copy the art any number of times you wanted to and can easily duplicate the art. But when it comes to art stored in NFT, it’s impossible to copy or duplicate. This is the feature that makes NFT stands out. The NFT art cannot be copied and represents the authentic art form with details about the owners and other key information stored as metadata in the token.

The main issue comes when it comes to the Ownership of the Asset in its physical or digital form. To understand this consider the creator of the Nyan Cat meme sold an NFT of it for $590,000. The person who bought the token owns the token but doesn’t actually own the meme. That still belongs to the creator, who held onto intellectual and creative rights.

What the owner of the token has is a record and a hash code showing ownership of the unique token associated with the particular digital asset. People might download Nyan Cat and use it on social media if they want, but they won’t own the token. This also means they can’t sell the token as the owner can.

If you are confused about why then the digital tokens are selling for such high prices, the buyers of the tokens are attracted by the increasing trend of these tokens and don’t want to miss the opportunity to own these first-time unique tokens. The world of blockchain is the reason behind this.

To explain in detail, Understand that NFT exists since 2014, but none of them went for sale until 2021. It is only in 2021 that the interest in NFT increased. This may be attributed to the increasing debate on cryptocurrencies. Cryptocurrencies have seen a very long boom, which may have failed to make use of. Hence in order to not miss the next boom, which might be the NFT, people rushed to buy the first NFTs that are on the trend. 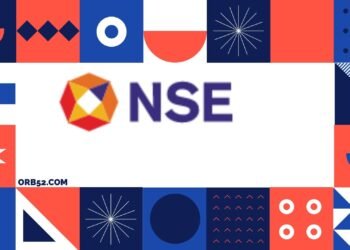 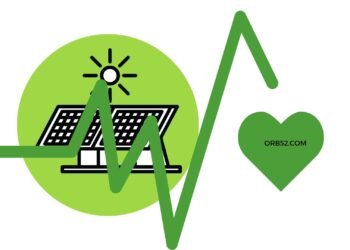 What is ESG Investing