Supreme court on 26th March 2021, pronounced its judgement in the Tata sons vs Cyrus Mistry case in favour of Tata sons. This comes as a big relief to the tata sons from a years-long pending clash between Misty and Tata. But what is the case all about? How it all started?. In this article Tata vs Mistry – Explained, we will explain how it all began and how the judgment will have implications on both.

The Battle between the two families began in 2016 when Cyrus Mistry, the then chairman was removed from the chairman position of Tata Sons the parent holding company of Tata Group. Then Mistry claimed that it is an oppressive move by the Majority shareholders, The Tata Trusts which owns 66% of the Minority shareholders, Mistry which owns only 18%.

In December 2019, the NCLAT pronounced the judgement that the removal of Mistry as the chairman of Tata Sons is Illegal. This comes as a big relief to the Mistry family after the non-favourable judgement in July 2018 by NCLT.

While announcing its judgement in the case, NCLAT also found few points which are against India’s one of the biggest Conglomerate. It said that the affairs of the TATA sons are in fact oppressive to the minority shareholders such as Mistry as claimed by Cyrus and also went on to say that the operations are against the Interest of the company itself.

After the Unfavorable Judgement at NCLAT, Tata sons approached the Supreme court in January 2020 for an urgent hearing on the matter challenging the judgement of NCLAT in favour of Cyrus Mistry.

Tata sons claimed that the judgment that is pronounced by the NCLAT is “undermined corporate democracy” and the “rights” of its board of directors.

Tata sons also are against the NCLAT order to reinstate Cyrus Mistry as the chairman of Tata Group. After which the Supreme court has soon kept on hold all the relief that is provided to Cyrus Misty by the NCLAT judgement. It means that until the SC pronounces its judgement, Cyrus misty will not be reinstated as the chairman of Tata Sons. This came as a relief to the Tata Group as the NCLAT order has mandated to reinstate Cyrus as the Chairman of the Group.

While Speaking about the Hold on all the reliefs to Cyrus, Honorable Chief Justice of India Bobde has said that the NCLAT has given relief which were not sought by the ousted chairman.

The former chairman Cyrus has claimed in the supreme court that NCLAT is well within the limits to reinstate him as the chairman of the group even if it is not sought.

In the months that are following, the legal battle between the two families has only intensified.

in July 2020 the Shapoorji family is said to be in preliminary talks to raise about $1 Billion to help in rapaying the maturing Obligation. It is said that It is using the shareholding in the Tata sons as the collatoral to raise funds. But Tata sons are soon to block the deal.

In September 2020, Misty has sent legal notices to The Tata group claiming damages for blocking the deal to raise funds by pledging the shareholding in the tata group. in the same month, Tata sons have said that it is open to buying the stake from the Mistry and this is as a part of the proposals to end the years-long battle between the two Business families in India. This comes as a Major announcement because the relationship between the Cyrus and Tata families goes back many decades and this move will make the Tata Sons group a privately held company.

But the Major surprising announcement came from Cyrus Mistry in the same month. He said maybe it was time his family separated from the Tata Group and went on, over the next few months, to propose a separation plan.

“The current situation has forced the Mistry family to sit back and reflect on the past, present and possible future for all stakeholders. The past oppressive actions and the latest vindictive move by Tata Sons that impact the livelihoods of the wider SP Group community lead to the inexplicable conclusion that the mutual co-existence of both groups at Tata Sons would be infeasible” said a statement by the Mistry family-controlled SP Group.

But the major issue came regarding the valuations of the holding.

The SP Group has proposed: A selective reduction of capital at Tata Sons thereby extinguishing shares held by them. In exchange, SP Group is granted shares in listed companies of the group. Also, cash consideration or shares for brand value, unlisted assets etc. “The net asset value of 18.37% stake of the SP Group in Tata Sons has estimated more than Rs 1,75,000 crore. Disputes over the valuation can be eliminated by doing a pro-rata split of listed assets (share price value is known) and pro-rata share of the Brand (Brand valuation is already done by Tata Group and published). A neutral third-party valuation can be done for the unlisted assets adjusted for net debt

On December 2020, Supreme court heard the matter of Cyrus Mistry and Tata sons. The two sides have given their arguments and the order was reserved the Supreme court.

Now, with a month to go for Chief Justice Bobde’s retirement the apex court is pronouncing its decision. This will be the final word in this legal battle. And while a review is available it rarely succeeds in such matters

Once the valuation of the 18% holding of the Mistry family has been concluded, then if the deal moves forward, then the decades long relationship comes to a break.

And as usually we call, End of an Era, a decades long relationship between families closed because of the legal challenges between them.

Tags: Tata sons and Cyrus mistry case ExplainedTata sons vs Cyrus MistryTata vs Mistrywhat is the case of Mistry with Tata
ShareTweetSendShareSend 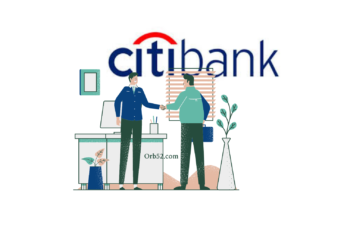 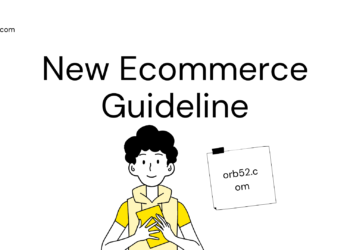