In this article, we will analyse the Covid19 second wave effect on global stock markets. This is important to go into the trade because lately, India is seeing a rapid increase in covid19 positive cases with the number of cases per day touching an all-time high each following day.

The number of cases in India is around 1.6 lakhs on April 12th and the number of positive cases is increasing each following day making a new daily high. India has already overtaken Brazil to become the second country in several positive covid19 cases. Many states have already responded with a strict restriction such as night curfew and location-specific lockdowns to contain the spread. Maharastra is seeing the highest number of cases with almost 50% of the total positive cases recorded in India.

The Indian Stock Markets has also responded to these increasing covid19 cases with Sensex falling more than 1700 points and Nifty50 falling 524 points. And this is Sensex’s second-longest fall in 2021.

Europe when affected with covid19 in the early months of 2020, with strict restriction in place, it is able to reduce the number of positive cases by mid may 2020. Eventually the government removed the restriction and slowly tried to get back to normal. But that costed the country with another wave that emerging very fast.

In the month of October 2020, the covid19 cases across the country started to rise again and by mid-October, it is already clear that the number of cases is jumping and the situation should be categorized as the second wave of covid19.

With this increasing number of cases, the government has also started to impose restriction again and those disappointed the stock markets.

Look at the below chart of DAX Index from October 12th October 29th.

US Stock Markets on second wave

But important thing is to be kept when it comes to US stock markets is that it is during this time that the New presidential elections are over and awaiting the results. The stock markets are rallying on the hope of Biden getting the majority and becomes the new president of the united states.

The stock markets have already responded and fallen on April 12th. In the coming few trading sessions the stock markets will closely observe the different orders of the government on the restrictions with respect to business operation across the country. And also a close eye on the vaccination drive that is already in place across the country. As it is been said that the only way to escape the virus is to vaccinate the maximum amount of people as soon as possible.

The market may continue its bearish movement for the coming few trading sessions but with the increase in vaccination and closely observing the upcoming q3 results, the market will recover. 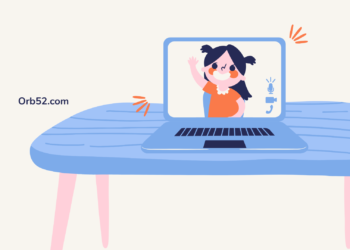 What Is Value Investing