Peppertap The Rapid Journey of Growth and an Unsustainable Closure

Peppertap founded by Milind Sharma and Navneet Singh in 2014 with headquarters at Gurgaon Haryana.

The growth of the user base of peppertap is very great at the beginning of its journey. According to the word from the founder, users are very much satisfied with the service of peppertap. There is a consistent growth in the user base. As reported by the co-founder it is believed that around 20,000 orders are placed on average and delivered per day from its platform.

Within one year of its establishment, the startup grows to operate in almost 17 cities in the country. With the major focus on logistics to delivers the orders within 2 hours, the company had a great business plan.

The business plan of peppertap is promised delivery of products in 2 hours. It got the attention of Good investors. And the startup received good funding thought there are many startups during the year 2014. It sustained the startup competition and received funding of almost $52M.

These made the startup sustain the competition and give good discounts to the users.

The founders are aware that there is a requirement of huge capital for running businesses with discounts. They tried for finding in subsequent years but according to a few reports, the funding in next year’s is not that great.

What made the startup Close

There are many hard decisions that are to be taken in a startup. According to the founders to sustain in three market peppertap has given huge discounts and sales to its customers. With increasing competition founders believed that sustaining the user base is important by giving discounts better than the competitors.

The cash that the company is enjoying for its operations. But with the model of giving huge discounts, founders are aware that the bank will become empty soon. They see a long time until the company can make profits.

This made the founders take a hard choice of returning the investor’s money and close the operations.

Another reason that their founders quoted was the bugs in the integration of the app with merchants. The company tried a hard time in convincing the merchants to move to electronic inventory management and billing to prove the user’s exact product availability. But many times users saw free products missing in there carts.

And also with the promised 2 hours delivery, peppertap has to maintain buffer delivery agents all the time. This increased the burden on the banks in addition to the discount burden.

All these factors are considered by the co-founders and saw a future that requires a long time to wait until the company can actually make profits for its investors. This made the co-founders close and return the investor’s money.

The business model of peppertap is clear. Initially focusing on the logistics post and promising 2 hours of delivery made users use to peppertap.

The user base also grew very fast. Within a year of launch, the startup expansion to 17 cities is noted a small achievement. But are the cities selected based on proper research? Or these cities selected just on the view to expand too big cities. Because after a few months peppertap started analyzing these cities and stopped in free cities to save money. Because it realized that it is spending more on buffer delivery agents in a few cities with very few orders. Later it got away from a few cities and states in cities where the orders are high.

Does the expansion had done after getting enough funding. Peppertap has realized that they had less money for the long run. But it expanded based on the funding it received it must have survived for few more months.

Does anything need to be changed on the business plans?

Shutting down PepperTap is extremely difficult call for us but it’s the need of hour. Our foray into full stack logistics space is a well-pondered decision and our experience in consumer as well as business-focused logistics will certainly help us to build next generation e-commerce logistics startup.

We told ourselves that the convenience we would bring to PepperTap loyalists would become of such great value eventually, that these discounts were simply a cost of doing business while we perfected our processes. 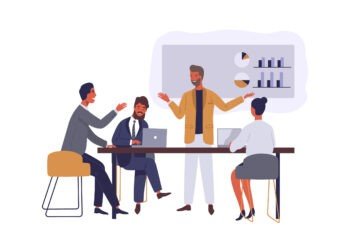