Larry Page is the founder and CEO of google till 2015 before SundharPichaii. Pichai is the present CEO of the search giant Google. But who is Larry and how he started Google, which became the most used search engine in the entire world?

Larry studied computer engineering at Stanford University. His parents both were computer experts, so no surprise he chooses computer science. He was born in Michigan in 1973 and he started the search engine in 1988. Larry met brin in Stanford University. Both of them designed the search engine to display the results based on the popularity of the result and names it as Google.

How and Why the name Google?

At Stanford University Larry and brin started the search engines as a research project. And they worked on it to display the results based on the popularity of the results. They wanted to collect immense information and keep them available in a single place. And they want everything arranged in the manner with the most exact and popular one at first.

Thus the name came to Google after the mathematical term “googol” which means 1 followed by hundred zeroes. This represents the collection of immense information arranged with respect to its popularity.

Though it began as a research project, the unavailability of such an engine made larry to start it as a venture. He raised about $million from family and friends and launched the company in 1988. Started then it has become the most used and best possible search engine on the internet with over 5.9 billion searches per day as of 2013.

Starting as a search engine Google now has become the internet giant with its entry in all possible streams to lead the modern world. It is Headquartered in the heart of California’s silicon valley.

As of February 16, 2018, Larry is the ninth richest person in the world and he is known to everyone as the chief founder of Google. Net worth is about $51 billion.

Page in 2013 was ranked 13 in the Forbes 400 most popular people in America and 17th in the most powerful people list.  Page took the responsibility as the CEO of Google and worked along with brin as the head of projects of google and eric as the chief executive chairman.

In August 2015 Page announced the starting of a parent company Alphabet. And page took charge as the CEO of the company announcing Sundar Pichai as the CEO of Google.

After that n 2018, March it was announced that Kitty Hawk is in agreement with the New Zealand government for training certification. Kitty Hawk is the page founded company of fully electric, self-piloting flying taxi.  Presently Kitty Hawk is testing its first product, Cora. The company commercially planning to have flying taxis up and running by 2021. 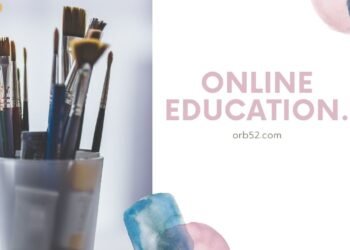 The marketplace of Online education