“Only when you combine solid intelligence with emotional discipline can you get sensible action,” Warren Buffett correctly asserts. It’s critical to understand the emotions that drive an investor’s actions in today’s environment of economic uncertainty and market volatility. Is it greed, fear, hope, or something else entirely? Each of them reacts to the stock market differently, allowing us to classify them as speculators, gamblers, or investors.

Stock investing can be divided into three categories: investing, gambling, and speculation. Before we go any farther, let’s be sure we grasp each of these.

The word “speculation” comes from the Latin word “speculere,” which means “to look at from afar.” That is precisely what speculation entails, in which a person views the future from a present-day perspective. When a speculator believes that the price of a stock will climb, he will buy it and sell it at a profit later. He buys or sells stocks in the hopes of making a larger profit than the amount he is willing to risk. He is willing to accept these changes because he understands that the greater the risk, the greater the possible reward.

He is, however, aware that he could lose more than he could possibly profit. The investor takes measured risks when speculating, yet the conclusion is unpredictable.

Speculation is often short-term, while some investments may have a longer time horizon. A speculator is more concerned with high profits than with high probability rewards. Speculation takes place in markets when there is a lot of volatility in the price of securities.

Some of a speculator’s miscalculations

The gambler’s goal is usually to get rich quickly or with the least amount of work. They aren’t interested in probability and never calculate the odds. Gambling on the stock market could get you lucky once in a while, but there’s a significant danger of losing in the end. When it comes to gambling, the chances of losing an investment are usually larger than the chances of winning more than the initial investment. Gambling, when compared to speculating, has a far larger risk of losing money. The desire to gamble is a natural aspect of human nature, but it must be suppressed in order to prevent mixing speculation with investing.

Investing, on the other hand, is not the same as gambling or speculating. Investing entails a process of knowing the fundamentals, conducting research, and having faith in a company’s financial statements. A wise investor bases his or her judgments on facts rather than hope or emotion.

After careful consideration, the sensible investor grows his portfolio by purchasing tiny holdings in companies with strong growth prospects. The companies prosper, and the shareholders get the benefits. What most people don’t realise is that the stock market can be a powerful money multiplier if you make the appropriate investments and stick with them for a long time.

Investing entails risk, including the possibility of losing money, because no plan can guarantee a profit, and few can protect against losses during periods of falling prices. The secret to successful investing is to avoid being emotionally attached.

Although primary research appears to be time-consuming, it will lead you to cultivate the appropriate seeds of investment, which will multiply and yield trustworthy benefits. As a result, investing is significantly more rewarding than gambling or speculating in every manner. And, if you want to increase your money, investing is the way to go.

As a result, before investing,

Where do you fit in?

At the same moment, a person can be all three. You might spend the majority of your money in safe investments, speculate with a tiny percentage, and visit the casino on occasion. In our investment lifestyle, the majority of us are both investors and speculators. You can succeed in both jobs if you keep the distinction between them in mind. Ask yourself if it’s an investment or a speculative purchase before making a purchase or selling decision.

It’s important to remember that both investing and speculation come with risk and reward. If your goal is to get steady profits from the market, you should begin investing rather than speculating. Investors play a critical role in ensuring market liquidity. Speculators, on the other hand, play an important role in absorbing excessive risk and providing needed funds when investors are not there. 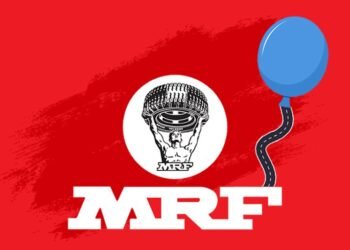